We have a prevailing misconception among many in the Community Association arena that befuddles me.  It became glaring in a recent social media discussion forum.  And it sums up what I’m sorry to say seems to be a majority opinion, certainly as it relates to what many a professional expressed across several social media discussion boards.

In a nutshell:  Where did we ever get the idea that once homeowners start to become delinquent in their dues, that all is lost?  How did we ever come to believe that soon after that point, all preventative measures are worthless, and that family is doomed to become a lien and foreclosure statistic?  A tail spin out of which few rarely escape... really?  All over what started out as simply being a few month’s late dues?  Some professionals would actually have you to believe that the sooner you move to foreclose, the better.

Now, bear in mind, we’re not talking about instances where assessments degrade into a morass of several thousands of dollars in delinquency, and where your only reasonable option left is foreclosure.  That’s not what we’re talking about.  Though I would like to remind folks that at a some point, even those abominable snowman size delinquencies were once the size of mere snowballs. 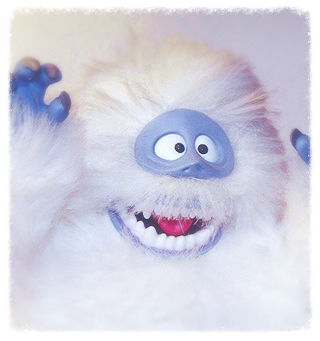 Delinquent HOA Dues Don’t Have To Be So Abominable!  Photo courtesy of Creative Commons

An ‘Ounce of Prevention’ for Delinquent HOA Dues

And it is precisely at this point — early on — where an ‘ounce of prevention’ type solution has been missing.  Until now.  Now there’s one common sense, effective option for this decisive phase.  And while it won’t fix everything, much like snow it covers a lot of ground.

This ounce of prevention entails two parts.  One new.  One not so new.

Skip tracing is step one.  Skip tracing is simply the process of using new sophisticated databases to assure you have homeowners’ most accurate contact information — both phone number and address.  This is especially important when property owners are out of state, as you can imagine, but it’s important with any delinquency.

The second part is more familiar.  Using credit reporting, early in the delinquency cycle, motivates adherence to proper payment behavior.  Once homeowners realize at this early stage that they run the risk of being credit reported as a collection account, they’re far more apt to change their behavior.  In fact, it’s amazing how nearly half these neighbors with delinquent HOA dues somehow swiftly come around and get current.  Why it’s almost a Christmas miracle!

Now be aware, there are those professionals who will tell you that once a family gets behind on their dues, that they’re a lost cause and behind on everything.  They make it sound as if HOA dues are the last payments people are willing to miss.  Oh really?

In reality, families tend to change their behavior more slowly than these professionals understand.  What we’re finding, is that families usually stop paying their dues (which many families think are non-essentials) long before they start missing what they consider to be their essential bills.  The key is to simply get those dues back up in their payment radar, so to speak, alongside their other essential credit reported bills.

What About People Who are Able but Unwilling to Pay Dues?

Kind of like that old cartoon character Wimpy, there are those homeowners who simply don’t pay their dues because they know they can get away with it.  How many Board Members are irked to drive by or walk by those homes and see those very same homeowners flashing some new bobble, or overhear about their most recent vacation?  Credit reporting really gets these nice folks attention too.  They don’t want something messing up the interest rates they’re paying on those new bobbles…

So rather than wait until your delinquencies become an abominable snowman, try warming them away with a softer, more neighborly approach… while they’re still snow ball size.  You’ll find this new approach melts most of your HOA dues blues away... inexpensively.