“I thought there was no way credit reporting would ever work.  I remember thinking this was such a waste of time – boy was I ever wrong!”  Those words rolled off the lips of a comptroller for a very large Property Owner’s Association in Michigan some time ago.  At the time she had become our biggest, most ardent fan due to the fact that we’d recovered 74 out of their first 100 delinquent accounts.  Since then we’ve done a splendid job with her POA’s collections.  We’ll discuss the results more in a moment.

One of the primary problems POA’s have is that they can have a fair number of raw lots with absentee owners – which was the case with our folks in Michigan.  So how do you collect on a raw lot?  Take a little dirt away each day until they pay?  Threaten a lien?  On what – dirt?  Yeah, you could.  But who’d want to pay for an expensive lien on a plot of land whose only amenity is that it accrues monthly taxes, and there’s no improvements made on it yet?  It’s just dirt.  You can’t even deliver mail to it! 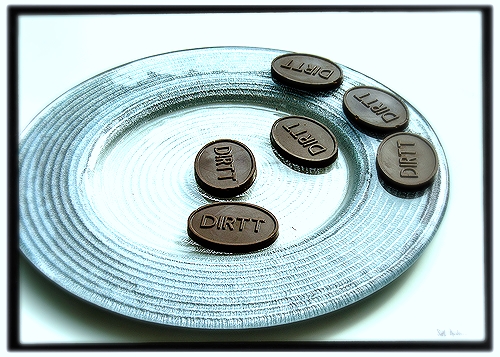 So finding the lot owners is paramount with if you really want to affect any action.  And once you do, you have to have something more to motivate them with than a mere lien or foreclosure.  Again, why would anyone want to foreclose on a property they can’t even rent out?  This is why POA collections are a real nightmare sometimes.

Yes, you can throw the POA under the bus, and make all the abiding lot owners pay more to carry the burden imposed by delinquent property owners.  But burdening those who comply with their obligation and dues, in order to pay for those who don’t, makes members feel their board is being negligent (not legally, but rather in practical terms).  Boards are supposed to do what’s in the community’s best interest according to the bylaws.  And yet, what is a board to do when faced with the difficulties POA collections present?

Well, one board member in a Michigan POA felt credit reporting was a viable option.  He did some research, then spoke with the association’s legal counsel, who confirmed that credit reporting property dues was in fact legal.  So then the board member looked for a firm which credit reports POA dues.  At first there was some wrangling among other board members who weren’t too sure it would work, but when they saw there was a guarantee involved, they felt comfortable with giving it a try.  And they’ve never looked back.

While this POA now has new board members and a new comptroller, they have stayed with this simple, inexpensive solution which has yielded much fruit and saved their association untold legal fees.  Their POA collections are now at a minimum.

Here are the final results from over two years of using this process, utilizing both skip tracing to find property owners’ contact information, and credit reporting to motivate them to get back in touch with their association and pay their POA dues.  Having submitted 681 accounts – the vast majority of which were vacant lots with absentee owners – they’ve recovered delinquent dues and brought current 340 of those accounts.  Never mind that their owners were spread across the country, and that the association didn’t know where to start to try and find them.  That problem was quickly solved, courtesy of real skip tracing.

Now back to our inspired comptroller – the one who wasn’t sure if credit reporting would work at first.  She’s been thrilled with the effect our dunning service has had on getting their delinquent dues back in order!  She even liked it when her board would ask her to report on their progress, because it made her look so good in their eyes.  She was one tough cookie and skeptical at the start.  But having success in an area which was so frustrating for her and her board softened all that.

“I wish we would have done this sooner – but thank God we’re doing it now!”