Is Your Medical Billing Cycle An Infinite Loop?

Have you ever had a situation where verbalizing something out loud makes the absurdity of it apparent?  One of those epiphany moments recently occurred after a several second attempt to explain the process of a particular hospital’s medical billing cycle.  A flow chart describing the sequence would have looked like a busted football play.  Though it may have required more th a simple chalk board to graph.  As the explanation went on, what the billing firm was putting this hospital’s patient balances through seemed almost uncomfortable for the administrative staff to describe.

I hope you have a fresh cup of coffee, and nothing else on your mind, as I try to retrace this process as it was explained to me.  Here goes… 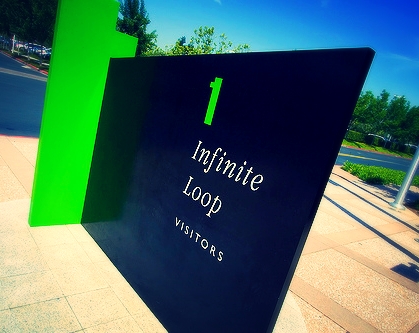 The journey starts out with a five-tiered series of letters.  Each tier taking one month to complete, and the letters of each tier supposedly more effective than the previous.  If at any time, after the first two months are complete, a patient pays any portion of their bill, the cycle begins over for them starting at tier three.

So if someone pays some money during the first 60 days, the process continues on through the remaining three months.  But if at any time during that final three month period a payment is made, the cycle of letters goes back  to the beginning of the third tier, and starts the final three months all over again.  This ma-capped parade of stationary expenditure continues on for as many as three revolutions of this final three-month wash cycle.  Effectively, patient balances are held in a quasi-infinite-loop state for up to 14 months (if I understand right – I ran out of grey matter trying to follow all this) and are only then relented to a more proper form of patient balance recovery.

But the good news is that not evn the hospital truly understood what their billing company – hired to serve them – was actually doing.  Huh.  Wonder why anyone would convolute something so much so, that their paying customer couldn’t fully understand it.

One thing was clear: The ancient Chinese proverb about doing the same thing over and over again, somehow expecting a different result, was the one ringing reality I wlked away with as I grappled to understand why anyone would advocate such a morass as beneficial to a hospital.

Okay.  A little reality here.  According to the 2008 study entitled The ‘Retailish’ Future of Patient Collections ¹,  the ‘collectability’ of patient balances drops almost linearly from 80% at the 30-day delinquency mark, down to 20% when accounts become more than 200 days delinquent.  So keeping uncollected patient balances in a holding pattern hurts recovery rates drastically.  The report then follows with this ominous statement, “The collection rates in Figure2 are 2003 averages.  In other words, these rates reflect a pre-consumer directed health plans state of affairs.  With the onset of CDHPs and other higher-deductible plans, it can be safely assumed that the collection rates depicted will plummet…“.  Their ‘safe to assume’ has become a reality.

So why is this important?  The simple truth is, when you turn patient balances over to a professional medical collections firm, you get far more effective results – in terms of collections – than you do from standard medical billing (no matter how many times billing is repeated).  Unpaid balances and deductibles should be relinquished to a professional collections firm at a reasonable point in the billing cycle – say 90 days after initial billing.  To do otherwise only hurts your hospital’s recovery rate on this revenue.  There are real distinctions in resources used by billing companies, from those utilized in professional medical collection agencies.

And what are some of those differences?  Skip tracing.  Real skip tracing assures you have the most accurate contact information for patients.  There are several levels of skip tracing, and many medical billing agencies use inexpensive or no true skip tracing at all.  Phone calls.  Phone calls are three-times more effective than letters in recovering a debt.  Attorney written letters.  When a medical collections agency utilizes an attorney written letter to motivate patients, it is very effective (and can be very inexpensive, when done properly).

Now let’s enter the realm of 21st Century medical collections.  This includes instructing all patients to pay your hospital directly, as communicated through the collection agency’s letters and phone calls.  And ensure the availability of payment plans (designed by the hospital) as standard practice for patients who want to make arrangements.  It’s amazing the number of medical collection agencies who don’t allow for the simple compassion of a payment plan, once patients are in collections.  And one other improvement: move credit reporting to the end of the collections process.  Make it the final step, an imminent motivating potential for patients, rather than using the common practice of reporting balances immediately upon patients entering the collection phase.

You can have all these things for considerably less than most billing companies charge.  At least as it relates to the infinite-billing-loop depicted above.

And, oh by the way, these practices recover far more of your patient balances and deductibles than just letting medical billing drone on and on.

Are you in a medical billing cycle infinite loop?  Do you even know if you are?

More importantly, are you willing to enter the 21st Century when it comes to this portion of your revenue cycle?