Don’t you wish all your patients wanted to pay you as vehemently?  While you may not achieve this, there is a way to flow their human nature more so into wanting to pay their medical collections.  We’ll touch on that in a moment.

How did all this start?  I had been lying on my couch struggling with an awful flu for about three weeks when suddenly, on a fine Saturday morning, I couldn’t take it anymore.  I told my wife, “Honey, our doctor’s office is closed so I’m going to the Emergency Room to get some antibiotics.”  Bear in mind, this was before the proliferation of walk-in clinics, and (by the grace of God) I hadn’t been to a medical facility in years.  Throw in that I was anything but thinking clearly, and you get an idea why I was shortly off to the hospital with my new bride by my side. 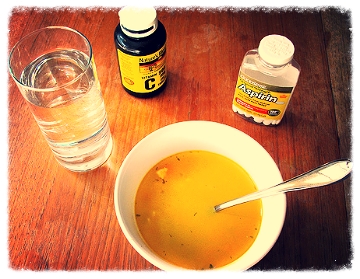 In her defense, she’s European, and didn’t know the storm my rash decision was heading us into.  Six hours into our waiting room excursion it was rivetingly clear to both of us.

So long about 6:00pm that night we waltzed out of the Emergency Room with prescription in hand, and by the next morning I was feeling much better.  A sense that it was all worth it seemed to comfort us that next day.

A Medical Collections Comedy of Errors

A few weeks went by and I received a bill for $314 and some change.  With a mindset that I had learned a valuable lesson, I paid the billing and forgot about it.

Then a curious thing happened about three weeks thereafter.  I got another bill.  This time for about $12 more than the first one.  I figured my payment may have been a few days late, the hospital probably tacked on a late fee, and by now they had received my payment and updated their system.  So again, I forgot about it.

Okay – I know – you can see this coming…  Yes, it had been so long since I had used hospital services that I was unaware that there are now two billings; one from the doctor, and one from the hospital.  In this instance they just happened to be nearly identical balances.

How I found out my error was another thing entirely.  I received this phone call from a lady with their medical collections agency who was most impolite, and had apparently been deprived in childhood of seeing Sesame Street episodes teaching how to take turns talking.  She had absolutely no interest in hearing that I had in fact willingly paid the first bill, or that it was all a simple misunderstanding.  That didn’t matter – I was made to feel a deadbeat (I’m not kidding here!) and she told me (literally) that she was going to see to it that I “got called three times a day for the rest of my life” unless I paid this hospital balance now!  I’m not making this up.  She cut me off in mid sentences, wouldn’t listen, and had no compassion for mere or sheer common sense that I’d paid the first bill.  She seemed a medical collections judge and jury who had already assessed my character before ever dialing my area code.

In retaliation I told her I’d gladly pay the bill – I just wouldn’t pay her agency.  Instead, I would pay the hospital directly.  She said that was impossible because my account was now theirs, and they never allow patients to pay the hospital once a file is theirs.

Having been in financial services, I knew a creditor nearly always has a right to pull an account back from collections.  And after her phone call, I also knew with complete conviction why everybody hates contingency collection agencies!

In mid call I turned sheepish for purposes of getting the only piece of information I cared about at all at this point.  “How much was the original balance?” I asked.  $327.42 she replied.  I said “Thank you” in a warm knowing tone and barely slowed down to kiss my bride as I swiped up the check book and headed for the hospital.

Perhaps now you can understand why a normally (fairly) sane man was crouched over under a small arch-shaped cubbyhole, check in left hand slid halfway through the cut-away tray at the base of bullet proof glass, pounding his right fist and demanding somebody take his money.  ‘Nobody has a right to treat people this way’ I thought to myself, and I knew the best way to exact justice was to pay the hospital directly the money I now knew I owed them.

The young lady behind the glass seemed touched by the fact that I had been made to feel that way by their agency, and she accepted my payment after momentarily denying me.  I never heard back from that collection agent, and smile as I think of that sweetest of silence.  I actually took joy in the fact that that collection woman would have her boss come by her desk and take my file away, because the man she spoke so rudely to had expeditiously done the right thing as he said he was going to.

You see, most people truly want to do the right thing.  Sometimes other urgencies crowd their day and minds and they forget about paying the people who healed them.  Sometimes the hospital visit was an unexpected burden, and paying for it takes time.  Sometimes there’s simply some confusion that spawns medical collections.  Yes, there are those who would no doubt ride on the backs of society, but there are fewer of them than one might think.  So let’s talk about those who want to do good for a moment.

Putting up a barrier of a third-party who is demanding patients pay them directly causes a natural friction counter-productive to recovering patient balances.  Add to this that most debt collectors have a bad attitude, and never provided any services to the patient, and you have a volatile mixture sure to accomplish one thing – alienation.

If you want to flow patients’ human nature into your favor, work with an agency that not only allows your patients to pay their collection balances directly to your hospital – but one that actually instructs your patients to do so.  In so doing you will eliminate nearly all of your patient complaints regarding medical collections, you’ll recover more of your funds, and – most importantly – you’ll maintain that delicate relationship you have with your most precious asset… your patients.